Roman-Catholic Parish of the Sacred Heart of Jesus in Wyry 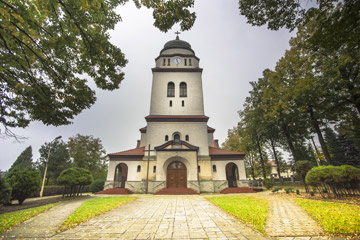 Wyry were within the borders of the St Wojciech parish in Mikołów. In 1919 a curatia was established in Wyry. The parish was founded on 1.08.1925. In 1922 a construction of a new brick church was commenced according to a design of architect Sliwka from Zabrze. Jan Wilk from Bytom was the contractor. The construction was completed in 1927. The interior was designed by artist-sculptor Konarzewski from Istebna. The church was consecrated on 27.06.1927 by dean of the deanery of Mikołów Prelate Jan Kapica from Tychy. 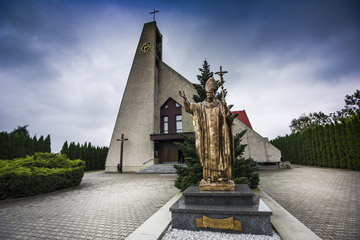 The parish in Gostyń was founded on 1 August 1925. From its very beginnings Gostyń was within the boundaries of the parish in Mikołów. In 1922 next to a small house which was to be a presbytery a brick chapel was built which was ceremonially consecrated together with a cemetery on Sunday 27 August 1922 by Rev. dean Skowroński – a parish priest of Mikołów. The today’s presbytery was constructed in 1924–1925. The chapel was planned to be a temporary house of God as it was expected that a larger church would be erected soon. In 1927 the chapel was expanded. A new altar, artistically-sculpted by Paweł Kaizer, was built in 1934.

In 1985 efforts were made to obtain a permit for building a cemetery chapel, and next, a new church. In 1989 a permit for building a new church was granted. On 14 September 1992 Bp Gerard Bernacki, PhD set a cornerstone brought in by a former parish priest from the Holy Land. On 13 September 1997 Archbishop Damian Zimoń, PhD consecrated the new Church of the Exaltation of the Holy Cross.

Roman-Catholic Parish of St Peter and Paul in Gostyń 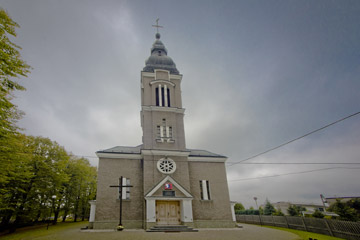 Until 1921 the residents of Gostyń belonged to an extremely large, at that times, parish of the St Adalbert Church in Mikołów. On 18 August 1935 a cornerstone for the construction of a new church in Gostyń was consecrated. A design of the church was drawn up by architect Affa from Katowice. St Apostle Peter and Paul were chosen for its patrons. Under a permit of Bishop’s Curia, the church was consecrated by Father Celestyn Rogowski, a Salvatorian from Mikołów.

In 1939 a new St Apostle Peter and Paul church was consecrated. Pastoral work was performed by a parish priest and a curate, simultaneously in both churches in Gostyń. A vast area of the parish was one of the reasons for issuing an edict by Bp Herbert Bednorz, PhD (on 9 December 1975) which divided the parish into two pastoral regions. The Eastern part with the St Apostle Peter and Paul church and the Western part with the Church of the Exaltation of the Holy Cross. Separate registers were kept in the parish of the Exaltation of the Holy Cross, consisting of about 900 parishioners, since 1 January 1976. Accordingly, separate chaplaincies were formed in the two churches, while the parish priests acted independently from one another. 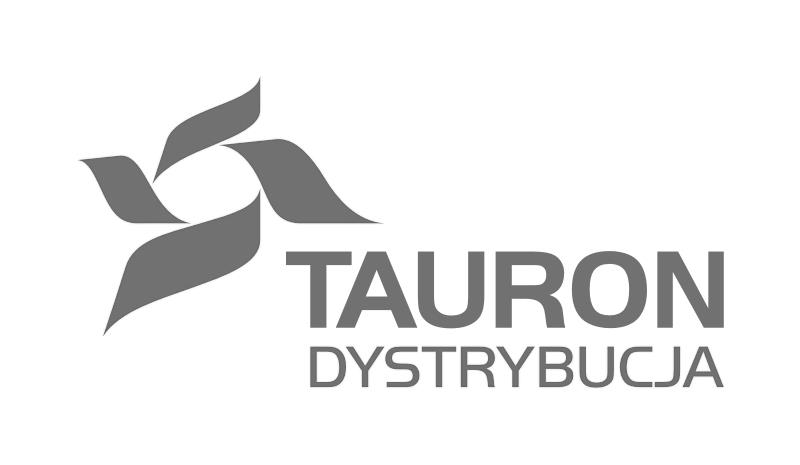